Sam Fidone is a proud Texan, attending Southern Methodist University and turning pro in 2013. Residing in Lufkin, Texas, Sam starting using a Bettinardi in 2015 . Fidone, as a left handed player, was struggling to find the feel and response when rolling his putter going into Q-School. Looking for a softer feel, Sam tried the F.I.T. face milling, patented and only offered by Bettinardi, and instantly began seeing success. Sam qualified for the Mackenzie Tour in Santee, California, where he opened with a pair of 68’s, finishing 71, 69, to capture medalist honors at Carlton Oaks, CC.

With Sam’s confidence in his putting, he quickly started winning on Tour, in just the second tournament to start the year, Sam shot four rounds in the 60’s to win his first Mackenzie Tour Event, the Bayview Place DCBank Open. The following tournament, Sam charged the leaderboard on Sunday to take home a T4 finish. Using his DASS BBZero to have 7 birdies on the back nine of the Tournament. Going into a qualifier for a PGA Tour event at Osprey Valley Open, needing a T17 finish to qualify for the RBC Canadian Open, Sam made 6 birdies in the final 7 holes to complete his third top 10 finish on the year, finishing T8 and moving into the second spot of the Order of Merit with a -16 under total. Marking his fourth top 10 finish of the year, Sam made 26 birdies at the ATB Financial Classic, and finished T7 shooting sub 70’s each round.

In a bye week on the Mackenzie Tour, Sam traveled back home and entered the 2018 Southside Bank Open with the All Pro Tour. With his father on his bag, Sam went -5 to start the tournament, and then exploded in his third round, shooting one off the course record on Saturday. After a final round battle, Sam with his father on the bag took home his second victory of the year finishing -19.

Sam Fidone since switching to his lefty BBZero has felt a new confidence come over him when needing to make big putts in the tournaments he’s entered. Being a die hard Texas fan, Cowboys and a big hockey fan, the Dallas Stars, Sam loves having his home roots on the sole of his putter too, as the Texas flag is engraved on it and hand-painted in red and blue.

Bettinardi golf is excited to sign Sam Fidone to their Tour Staff and looking forward to his continued success on Tour. 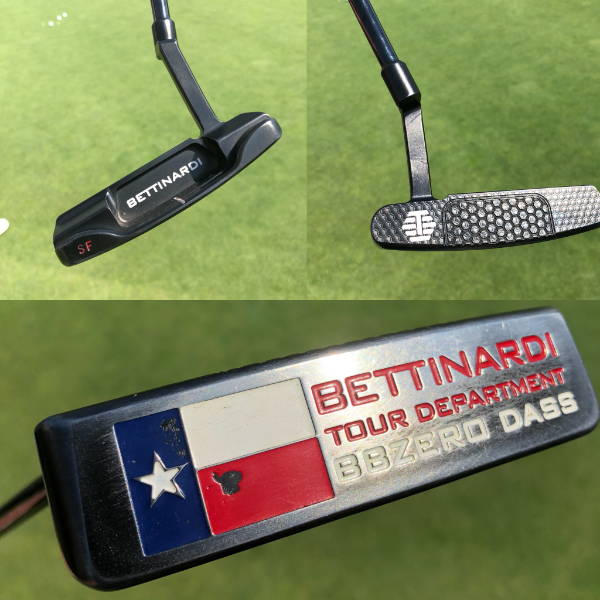